The Hero Group which started out in
1956
You are viewing: Home  /  Board of Directors 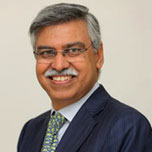 Sunil Kant Munjal is one of the founder promoters of the Hero Group, India’s premier automotive manufacturing group that has evolved from being the world’s largest bicycle-maker to the largest two-wheeler maker. He is the Chairman of Hero Enterprise, with interests in insurance distribution, steel-making, real estate and corporate training. He has made strategic investments in several areas ranging from e-commerce to hospitality. He also supports start-ups on digital learning, community transportation, healthcare, women empowerment and education.

He chairs the board that runs the Doon School and sits on the boards of the IIM Ahmedabad (IIMA), ISB, and SRCC. He has co-founded BML Munjal University (BMU) and is President of the Dayanand Medical College and Hospital, Ludhiana. He has also served as President of the CII and AIMA; been a member of Prime Minister’s Council on Trade & Industry and was on government taskforces that prepared the ground for India’s banking and insurance reforms.

Mr Munjal has set up the Serendipity Arts Foundation which aims to revive patronage in the arts; he is also the President of the Ludhiana Sanskritik Samagam which supports performing arts across North India. He has also chronicled the incredible saga of Hero's founders in a book- The Making of Hero, which featured amongst India's prominent bestsellers for several months and recently won the Business Book of the Year Award at Tata Literature Live! Festival 2020. 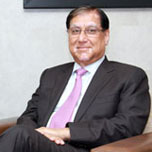 Mr. Suman Kant Munjal is the Managing Director of Rockman Industries Ltd., one of the leading manufacturers of automotive Aluminum Die Casting components in India. Mr. Munjal, a graduate in Commerce from Punjab University, has been instrumental in transforming Rockman Industries Ltd. into a leading player in the   die casting industry. Mr. Munjal started his career in Rockman Cycle Industries Limited in 1975, taking over the reigns as the CEO of the Company in 1983. Under his guidance and leadership, Rockman Industries became the World’s largest manufacturer of bicycle chains and hubs. Mr. Munjal established the Auto Components Division for Rockman in 1995 by manufacturing motorcycle chains and further diversified into the aluminium die-cast auto components space in the year 2000. Under his leadership the business has grown by leaps and bounds. Mr. Munjal is a member of the Board of Directors of the public listed company, Hero MotoCorp Ltd. Mr. Munjal is a fine human being known to lead his Rockman employees as a family. He is involved in a number of philanthropic and cultural activities and actively contributes to many social causes. 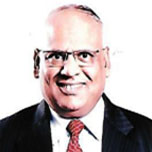 Mr. S.K. Roongta, is an Electrical Engineering graduate from BITS, Pilani and PG Diploma in Business Management (International Trade) from IIFT, New Delhi- Gold Medallist. He is regarded as one of the prominent experts on Strategy and turnaround in Manufacturing Industry in India. Known for this strategic acumen, Mr. Roongta is the key person referred to by the Industry as well as Government for various issues related to mining, metals and power sectors and has been part of various Government and industry forums and expert panels.

He joined Steel Authority of India Ltd (SAIL) as Executive (Marketing) in 1972 and rose to become its Chairman (2006-2010). His astute vision of the micro aspect of the business, global and strategic vision helped him transform SAIL from a position of just a large steel PSU to a steel company admired throughout the world. At the peak of the global meltdown in 2008-09, his key initiatives and deft handling helped SAIL become one of the few companies to emerge stronger from the crisis. The post meltdown performance of SAIL was hailed as a breakthrough achievement by any Indian corporate. Under his leadership SAIL was adjudged by World Steel Dynamics, USA as the 2nd best steel company globally (next to POSCO).

His report as Chairman of “Panel of Experts on reforms in the Central PSEs”, constituted by the Planning Commission (2010-2011), widely known as the ‘Roongta Committee Report’, is taken as the benchmark for CPSE reforms. He was also a member of the Steering Committee on Industry for the 12th Five Year Plan (2011-2013) and Chairman of one of the working groups on ‘Reforming Role of CPSEs’. He also served as a member of the committee formed by the Ministry of Corporate Affairs (2011), to formulate a policy document on Corporate Governance.

He served as Chairman, Board of Governors, IIT Bhubneshwar (2012-2015) and is a Member of Board of Management, JKL University, Jaipur.

He is recipient of several awards and accolades including SCOPE Award for Excellence and Outstanding Contribution to the Public Sector Management- Individual Category and Alumnus of the Year Award- IIFT. 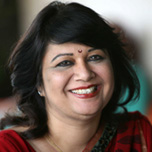 Ms. Rekha Sethi is the Director General of the All India Management Association (AIMA), the apex body for management in India.

AIMA is a non-lobbying organization, working closely with Industry, Government, Academia and students to further the cause of the management profession in India. AIMA makes a salutary contribution to management learning and practice in the country by offering various services in the areas of testing, distance education, research, publications and management development programmes. AIMA is also represented on the Boards of India's premier Business Institutions. With a broad base of 64 Local Management Associations and 30,000 members, AIMA has contributed immensely to the enhancement of management capability in the country over the last five decades.

Rekha took charge of AIMA in June 2008. She has since established AIMA as the preferred platform for discussions and debates on management and strategy issues concerning the Indian management fraternity.

She has deepened AIMA's relationship with the Government of India and India Inc and raised the organization's public profile. AIMA now attracts India's top industry leaders and policy makers on its platform.

She also serves on the Executive Council of the National Board of Accreditation, which is mandated to facilitate quality in technical education syllabi in India. She is a member of the Advisory Board of the Switzerland based St Gallen Foundation think tank, Leaders of Tomorrow – Knowledge Pool.

Prior to joining AIMA, Rekha worked with India's premier industry organization, the Confederation of Indian Industry (CII) for over 17 years. There she led the initiative to create high-profile international events to promote India's economic interests. She established CII's Special Events Division, which conducted the 'India Everywhere' campaign at Davos and 'India@60' campaign in New York and many other mega events in India and overseas. She organized 'Made in India' exhibitions in 12 countries and also the Delhi-based mega industrial shows, Auto Expo and Def Expo.

Rekha started her career at the Centre for Development of Telematics (C-Dot) in 1985 and worked at UDI, India's first yellow pages publisher, before joining CII.

She graduated in English Literature from St Stephens College, Delhi, and has a post-graduate diploma in Advertising and Marketing. 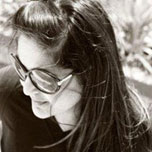 In 2005, Shefali pioneered the Hero Group’s foray into insurance distribution; she has since transformed a modestly sized division that sold 5000 policies a month into a high growth enterprise that sold over 800,000 a month in 2017. The distribution business has sold 60 million plus policies, with more than 10 million policies sold in FY17 alone — a feat unparalleled in India’s insurance industry.

These efforts have won her a place in the a Businessworld list of Achievers Under 40.

Besides sustaining the growth of Hero Enterprise firms, Shefali is involved in developing futuristic and sustainable businesses that are profitable and socially meaningful and in also nurturing entrepreneurs with innovative business models and technologies that can become global in scale.

Shefali is passionate about levering business and management acumen for socially-relevant causes and leaving behind a legacy of responsible capitalism. Through the family office of Hero Enterprise, she is supporting startups that focus on digital learning, community transportation, healthcare, women empowerment and children’s education.

She is also a Trustee of Serendipity Arts Trust, a unique social project that aims to revive patronage in the arts and plays a pivotal role in designing and executing the Annual Serendipity Arts Festival in Goa, India’s largest and most ambitious interdisciplinary arts festival. Shefali iss also independently involved with “Delhi 10,000” — a charity that focuses on feeding people through annual events around the slums of the Delhi.

Shefali is a member of CII’s National Committee on Insurance & Pensions and a founding member of the CII Young Indians Council and the Delhi Chapter of the Entrepreneurs Organization.

Shefali’s strong business and social credentials stand on the bedrock of academics. She was a CBSE Class 12 topper, and is an alumnus of The Lawrence School, Sanawar. She studied at Sri Ram College of Commerce (SRCC) and acquired her Masters in Science with Distinction from Warwick University UK. She also attended the Owner President Management Programs at Harvard Business School and Executive education at INSEAD.

Shefali is also an avid and accomplished photographer, and her work has been featured at prominent photography exhibitions in Delhi. 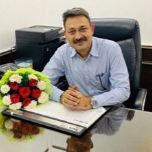 India was the world’s second-largest steel producer with production standing at 106.5 million tones in 2018. The growth in the Indian steel sector has been driven by domestic availability of raw materials such as iron ore and cost-effective labour. Consequently, the steel sector has been a major contributor to India’s manufacturing output. India’s steel production capacity has expanded to 137.975 million tones in FY19. The Indian steel industry is very modern with state-of-the-art steel mills. It has always strived for continuous modernisation and up-gradation of older plants and higher energy efficiency levels.

By understanding, and embracing our customer’s business problems, project objectives and goals, we have been able to build stronger and long lasting relationships that are yielding long term results. We have earned the faith of customers as their trusted supplier (someone they can count on).

Our commitment to the industry is evident in our investing in our people, technology, new products and making our processes more sustainable.

We are proud of what we have achieved, but we recognize that the world in which we operate is constantly evolving and we need to adapt our thinking and behaviour accordingly in line with our Vision and Mission.

Home  /  About-Us  /  Products  /  Process  /  Quality  /  Plant & Facilities  /  Customers  /  News & Events  /  Careers  /  Enquiry  /  Contact us
The Group
The spirit to manufacture outstanding products and to manage the perfect balance of fine quality and engineering satisfaction is the philosophy that drives the wheels of progress for Hero Group and its Companies.
Read More